The History of Hiedanranta

When developing new urban culture and a new city district, it is important to be aware of the long and significant history when it comes to building stock as well as the zeitgeist.

The history of the settlement at Hiedanranta extends to the Middle Ages when the village of Lielahti was located in the area. The earliest written record on the settlement of the area dates back to the year of 1540, when there were seven houses in the village. In 1682, the houses of the village formed a cavalry freehold whose task was to provide a horseman and a horse to join war efforts.

For a long time, the cavalry freehold of Lielahti was owned by gentlefolk and it had various owners. In the 18th century, it was the manor of the Tollet family. In 1847‒1869, the estate was owned by Major General Claes Alfred Stjernvall.

Manor interior in the Nottbeck era at the turn of the century. Vapriikki photograph archive.

In 1872, the owner of Finland’s largest industrial plant, the Finlayson cotton mill, Wilhelm von Nottbeck, bought the Lielahti freehold for a country and summer residence. This marked the beginning of a prosperous period that lasted four decades.

In the 1890s, Wilhelm Fredrik von Nottbeck, who was the old cotton mill owner’s son and interested in technological and scientific developments of the time, established a large model farm at the estate. The building stock was renewed and, in 1893, a manor-like main building was constructed. The building was surrounded by park and garden areas as well as by the yards of the housing for the domestic servants and workers.

The specialities of the manor were a 200-metre-long cowshed made of bricks that had space for 400 cows, and a seven-kilometre-long private railway, which was soon joined to the Tampere‒Pori railway line. The Nottbeck graveyard was also located on the manor’s land. Ten members of the family have been buried in the graveyard. The Nottbeck family gave up the estate in 1904. 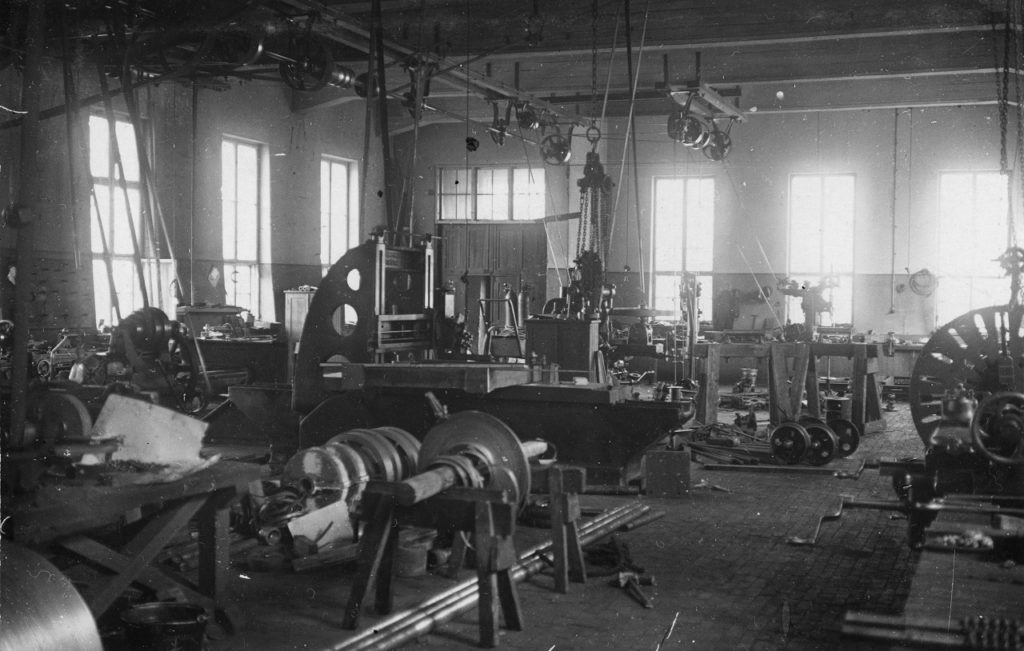 The workshop in the second floor in the first half of the 1900s. Vapriikki Photo Archives.

The transformation of Hiedanranta into an industrial community started in 1913, when J. W. Enqvist Oy bought the manor estate and established a sulphite pulp mill. In the same year, new building stock was constructed by the former cowshed. The new buildings were designed by Birger Federley, a local architect.

In the 1930s, the mill gained a new French owner and its expansion stopped due to the Great Depression and the war. It was not until the late 1940s that the growth and additional construction of the mill restarted. In 1965, A. Serlachius Oy bought the mill in order to extend its industrial production to the site.

From the 1970s onwards, new construction chiefly consisted of minor extensions. Cellulose manufacture ceased in 1985, but the production of lignin and chemi-mechanical refiner pulp continued at the old mill buildings.

In the 2000s, M-Real acquired the mill. Industrial production in the area ceased in 2008. A new page in history was turned when the City of Tampere bought the area in 2014. The area was named Hiedanranta after the bottom of the bay of Lake Näsijärvi. 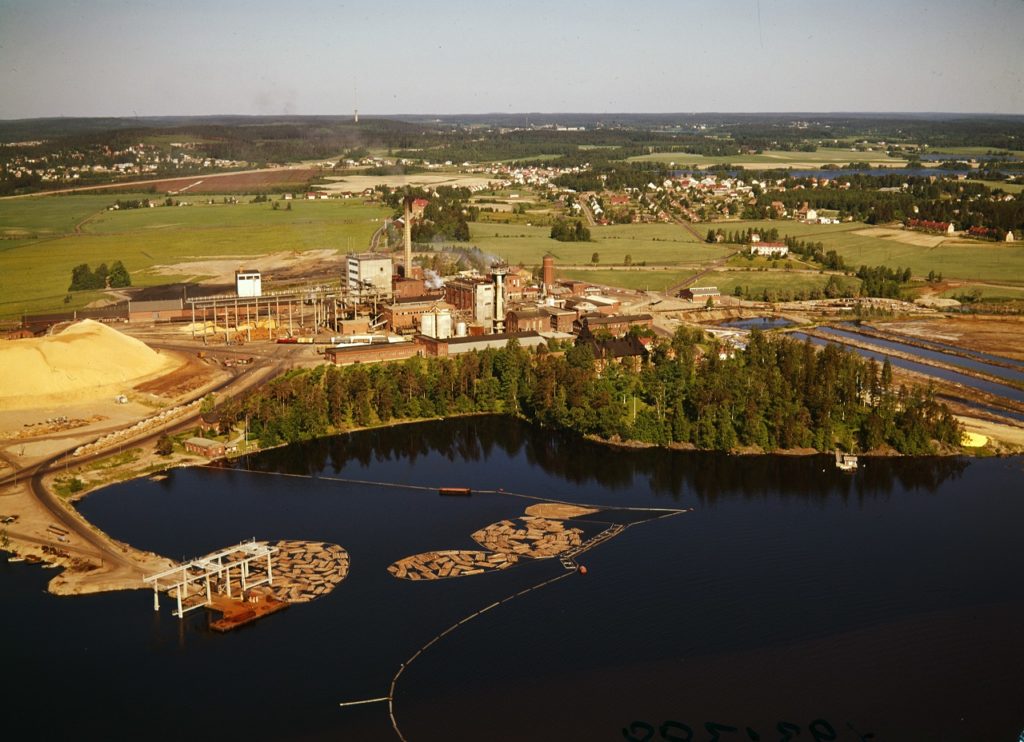 History of the buildings (PDF)

From Factory to City

2014
The City of Tampere purchases the former pulp factory area from Metsä Board. First jobs created.

2025
First residents move to the area.